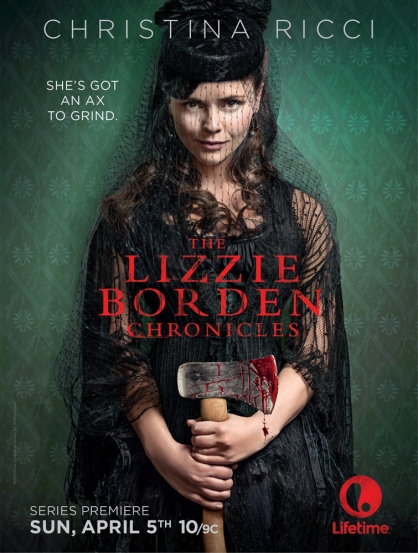 I don’t usually watch shows on a whim. Television series are an investment in time and attention. I usually want to make sure that I spend my time and attention well. So I’ll browse through IMDb, gather reviews and question people who’ve already watched it. This kind of research is also an investment in time, I know, but that’s not the point. Point is, I like to know that a show is good before I watch it.

One night, I saw a series called The Lizzie Borden Chronicles appear on Netflix. That title, the beautiful cover picture and Christina Ricci’s mischievous smirk were all that I needed. I watched two episodes that very night. 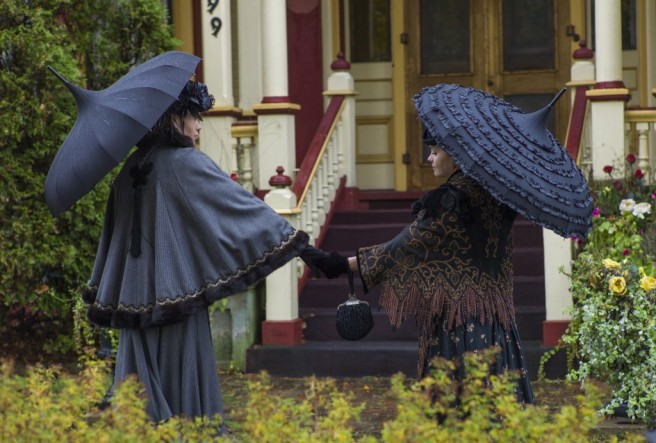 It starts with Lizzie Borden getting acquitted from the murder on her parents, to the outrage of the town. She and her sister get difficulties with the inheritance. Lizzie goes out of her way to fix those difficulties and start anew. At first you feel sorry for her, but it soon becomes apparent that she needs nobody’s pity. It was such a delight to see how consistently Lizzie solves all her problems. Christina Ricci is at her best in this role. She effortlessly goes from a cold-blooded killer to a sweet, innocent girl and back again. Completely steals the show.

Of course, the other characters and performances are fantastic as well. Like Emma Borden. I did not find her that interesting in the beginning, but halfway through the series she won all my sympathy. Poor Emma has to endure so much from her psychotic sister. 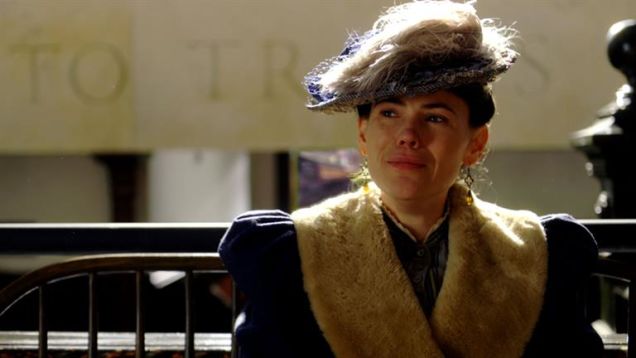 The storyline gets increasingly absurd, which only adds to the fun of the show. It goes from a legal fight over an inheritance, to a private investigator’s ill-fated quest to prove Lizzie’s guilt, to difficulties with local gangsters, to dog abuse in the neighbourhood. There are even two genuinely touching romantic subplots. This show goes in so many directions, but somehow it all works together, for the first six episodes. Unfortunately, it does not keep up this momentum for the last two episodes.

The last two seem awkwardly tacked on, after the main storyline was resolved in the sixth. A lot of new characters and a new setting are introduced. The main characters are on a new journey, which starts and ends abruptly. It would have been so much better if those two episodes had been fleshed out in a second season. Then we could also have enjoyed the performances of Michelle Fairley and Chris Bauer for longer. What a waste to only feature them, and the characters they played, in one or two episodes. 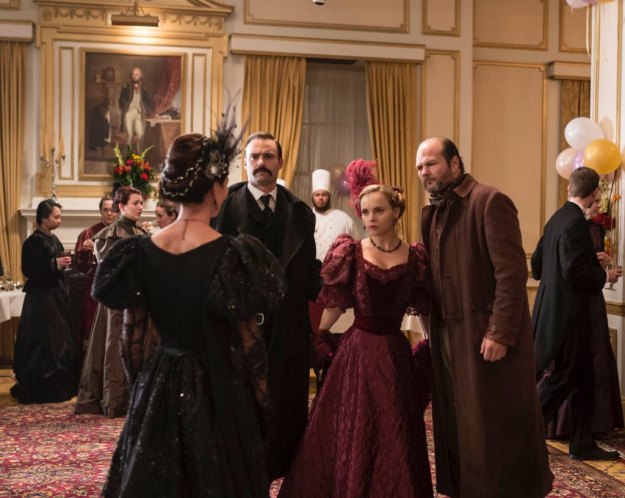 Other than that, nothing negative to report about The Lizzie Borden Chronicles. I can highly recommend it. If you enjoy dark period pieces, black humour, quirky anti-heroes and detective-type stories, do check it out. 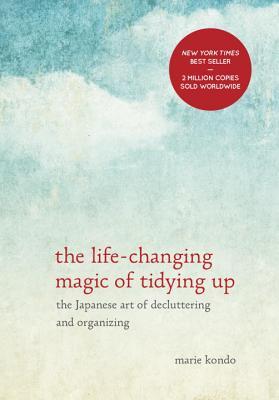 i have seen so many people raving about marie kondō’s the life-changing magic of tidying up, i had to read it myself. the summaries they gave sounded promising. i bought the e-book last night & i read the whole of it today. it’s a nice short read. at first it really put me off though. in the beginning kondō came across very elitist & she made it sound like no one had learned to tidy properly, they were all going wrong about it, except her, & she was here to show you The Way. i almost put it down, but i trudged on & it became better.

this tiny book is full of interesting ideas. i love kondō’s approach to possessions, although i can see why some people would write this off as insane. she is very adamant about being grateful for what you own & treating them with respect, even the things you get rid of. as someone who has a really hard time getting rid of things, this really spoke to me. i believe her that being grateful for what those things have done for you & realising that they have served their purpose will make this a lot easier.

another thing i loved was how she wrote that the only criteria for getting rid of or keeping things is essentially personal. for this you need to ask yourself whether a thing gives you joy or not. she is not going to tell you exactly how to go about it or give you exact guidelines, but wants you to hone & trust you own intuition & decision-making skills. she wants you to find out for yourself what you’re comfortable with. the goal is to only have what you truly love & this differs from person to person.

i also like how she stressed that ‘solutions’ for storage are no solutions at all. she writes that the first step is getting rid of the excess, then you’ll find that storage is no longer a problem. however, she also provides some small, useful tips. the tidbits from her own life & her clients’ experiences were interesting & amusing too.

one criticism i have is that it could get rather repetitive. then again, how much different things can one really say about tidying? another thing that bothered me was how selective the categories she discussed were. these were: clothing, books, miscellaneous items & things with sentimental value. the first two are concrete, but the last two are very vague. she leaves a lot of things out (although you could theoretically take ‘miscellaneous’ as broadly as you like), which takes away from the credibility of her statement that that konmari method will totally make & keep your whole house tidy forever. she also completely ignores creative people & their material needs. of course, with that second point you could argue that practically no artist is interested in these sort of books, so these books are not written for them. it’s probably a criticism very personal to me.

this is not a book for everyone, but if this book piqued your interest & you are interested in both living  & improving your life, & you are open to unconventional ideas, you will probably love it. if you’re not already interested in these things, or you’re only looking for a quick fix, or thinking about objects as living things with feelings sounds too ‘woo-woo’ for you, don’t bother.

Hello there! Thank you for stopping by my blog.
My name is Maraluce. I’m an all-round creative creature with a taste for the strange and unusual. I have a passion for a wide variety of music, though I am most drawn to hardcore and its subgenres. Other than that, I also adore darkly inclined literature and alternative fashion. My blog centres around these interests ♥